Pinocchio is a famous cartoon character whose nose gets longer every time he tells a lie. Had Pinocchio been a real person, he would have had sustained various types of nasal injuries because of his nose length. But, even an average Joe is prone to such injuries because the nose is designed to stick out, and thus, is more prone to such accidents.

However, despite being common, there are a lot of different types of a broken nose. It is, therefore, essential to understand the kind of injury that you have. This is to know whether or not you would need a simple home medication or a nasal surgery procedure in Denver.

Do you think you might be suffering from a broken nose? Below are some common questions which you might ask and would require answers from.

What are the common symptoms of a broken nose?

The most common symptom of an injured nose is pain, swelling, and tenderness. However, these symptoms do not always mean that your nose is broken. In fact, sometimes, this could just mean a trauma on your nose.

Other symptoms of a broken nose include bleeding, visual crookedness of the nose, bruising under the eye or the nose’s surrounding areas, difficulty in breathing, discharge or mucus from your nose, and blocked nasal passages.

What causes a nasal fracture?

Because the nose is the most protruding part of one’s face, it is the first to be hit when one falls down or hits something. More often than not, a nasal fracture is caused by external force or trauma from physical sports, vehicular accidents, or simply falling down and hitting something.

What are the proper first-aid for a broken nose?

Tilting your head to prevent blood from rushing down your nose is a big mistake as this can lead to a backflow of the blood, which can cause more damage. When there is bleeding due to brute force or trauma, it is best to lean forward and apply pressure to the softest part of the nose for a couple of minutes to stop the bleeding.

Sleeping with your head slightly elevated than usual can also help relieve blood from pooling into your nasal passages. In some cases, applying cold compresses can help reduce swelling and pain. Taking over the counter medication to reduce inflammation and pain can also be recommended by your physician.

When should one see the doctor? 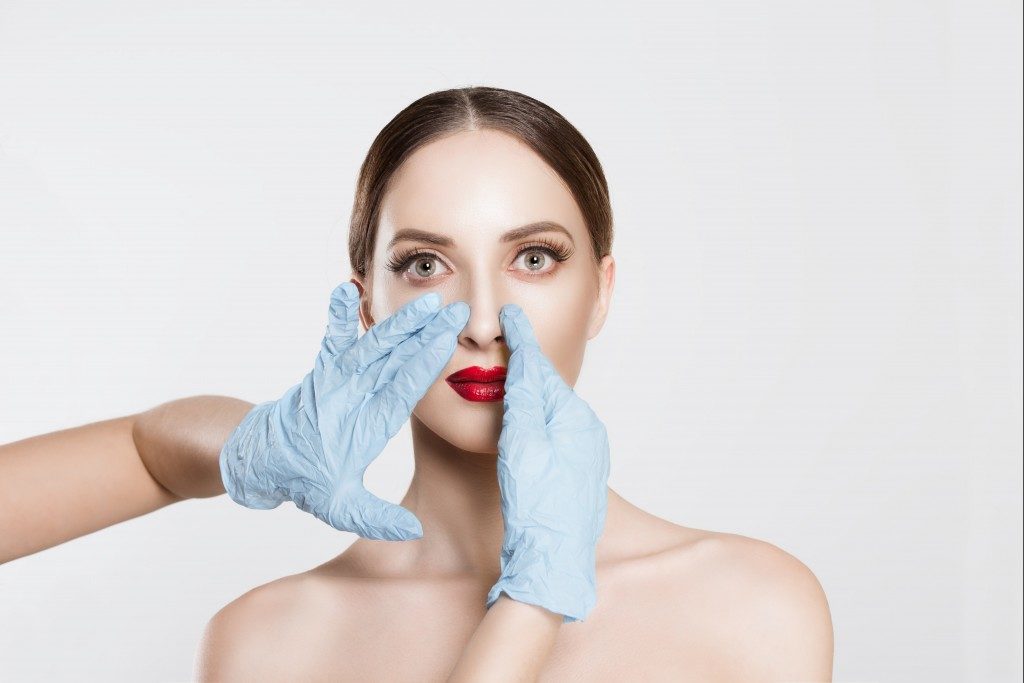 If there is no visible cracks or lesions, most people opt to do certain home remedies to ease the pain and wait it out before seeing a doctor. However, when there is a visible dislocation of the nose bridge, bleeding that does not stop, difficulty in breathing, headache, and fluid coming out from your nose, then seeing a doctor immediately is a must.

Proper care and medication can cure a broken nose; however, in more severe cases, surgery might be required to put the bone in its original place.

Knowing the basics of a broken nose and how to manage it when you have one is vital to attain proper treatment and full recovery.