Although frequently mischaracterized in action films, cauterization remains one of the most important surgical techniques in use in modern medicine. The way surgeons and physicians use cautery relies on sterile clinical environments and modern tools.

Cauterization (or cautery) is one of the oldest known surgical techniques, having been used extensively to close wounds since the Middle Ages. Used everywhere from surgery to first aid, cauterization has continued to play an important role in curtailing blood loss, making it an indispensable part of modern medicine.

Cauterization works by burning and sealing ruptured blood vessels and open flesh. The resulting burn would immediately arrest bleeding, which can save lives by preventing excess blood loss and make complex surgical procedures possible. Besides preventing exsanguination, cauterization is also used to remove tissues; besides being used to cut through flesh, cauterizing tools are also used to cut out tumours, necrotic flesh, and warts.

Although cautery remains a common procedure (and one that has remained entrenched in public consciousness), it has long since changed to something significantly different from what most people expect.  Cauterization used to be accomplished through boiling oil, which continued well into the Early 20th Century.

Crude methods of cautery are occasionally seen in action movies, where it is depicted as a means to arrest bleeding in open gunshot wounds. In many cases, however, these scenes often involve makeshift tools heated in fire rather than modern tools. In most emergency situations, cauterization is usually only ever recommended if things become truly dire and no other option for emergency care exists. Larger injuries are usually better remedied through ligatures (or in some cases, tourniquets) due to the infection risks involved in cauterizing outside of sterile environments.

Real life modern medicine is far more sophisticated than the crude methods used in action movies and bygone eras. In clinical environments, cautery is much more common because of the reduced risks of infection. Most modern cauterization tools are usually electric, with some applications of cautery still using chemical means. Surgeons and other physicians take great care in using cauterization tools, with the aim of preventing excess burning throughout the process. 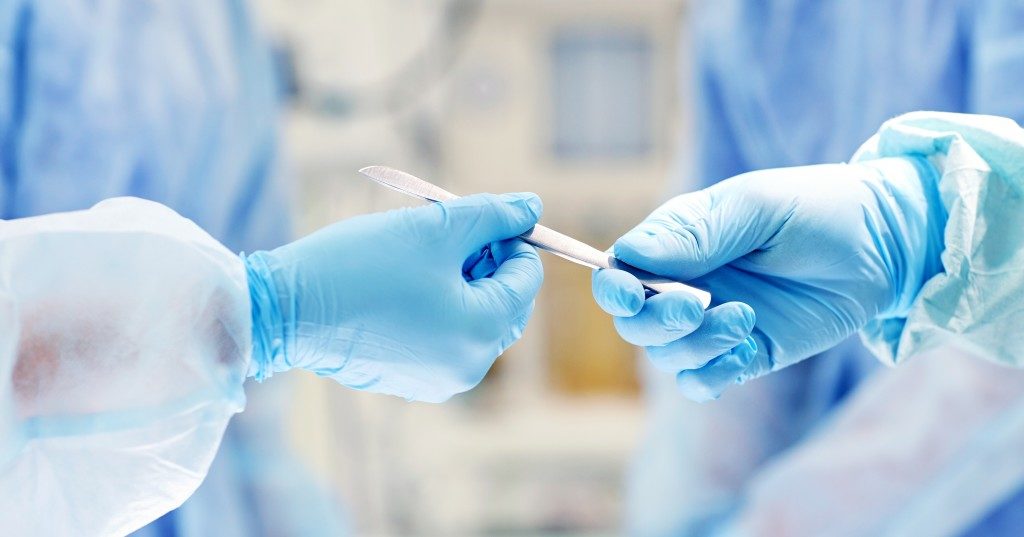 The two types of cauterization used in modern medical settings are each dedicated to a different purpose. Chemical cauterization is typically used in external settings such as the removal of warts or necrotic tissue. This involves pressing a mildly corrosive chemical against the affected region of the skin. Today, chemical-based cautery is less practised in favour of cautery through laser or electric means.

Electric cauterization is used extensively in surgical settings due to the exacting demands of most surgical procedures. Electrocautery plays a key role in minimally invasive surgical operations, allowing doctors to make precise cuts within small areas of the body.

At present, doctors use a broad assortment of precision tools like non-stick bipolar forceps. These implements, often small and long, are capable of navigating in small orifices or laparoscopic incisions with little fuss. Electric currents provide unprecedented control over the amount of heat, which can reduce the amount of smoke and control the volume of flesh that should be cauterized.

Today’s precision cauterizing tools are often operated through foot pedals, which allow surgeons to carefully calibrate the needed heat to sever and cauterize perform simple surgical procedures with little to no skilled assistance.