The poster girl for anorexia has always been a girl. When you flip through web images, you’ll find photos of skinny women for the search query “anorexia.” But the harsh reality of this eating disorder is that it isn’t just exclusive to ladies. It affects men, too. They’re often the ignored sufferers because of society’s expectations.

When you look at hard statistics, you’ll see that the number of men being treated for anorexia is significantly lower than that of women. But this doesn’t necessarily mean that the disease is more common among the latter. Historically, eating disorders have been closely linked to femininity; that’s why males tend to ignore their symptoms and the need to go to treatment centers. Family members around them do the same. Refusing to believe that their dads and sons, who were socialized to be healthy and brave, will fall into the pit of anorexia, they dismiss the physical changes that they’re seeing. When men seek treatment, most of the time, it’s due to other psychiatric problems, such as anxiety, depression, and substance abuse.

In the past, there were also some lapses in medical research. Most studies were focused on women. Thus, there’s little knowledge about what exactly male sufferers experience. At the same time, the criteria for diagnosing patients included female symptoms, like amenorrhea or the loss of the menstrual period. This has since been eliminated, however, in the new guideline. Nonetheless, all these socio-cultural factors explain why fewer men are treated for eating disorders. Basically, a lot of them are just suffering silently.

How to Help Sufferers 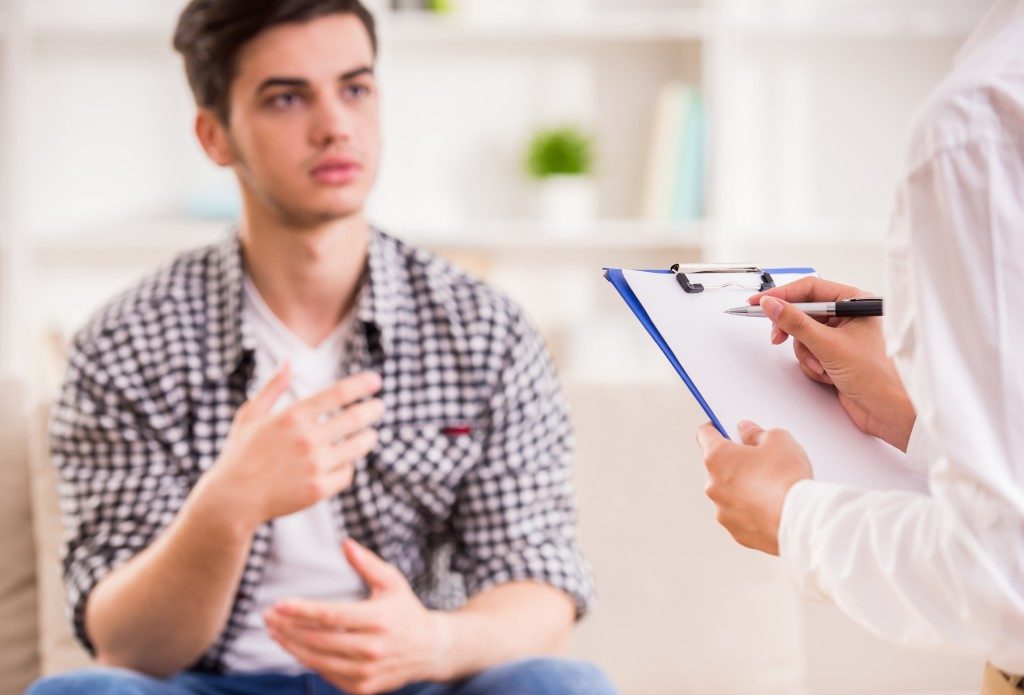 As grim as the reality is for male sufferers, there are many ways to help them. It should start with an understanding that anorexia doesn’t choose a gender. It doesn’t affect women only but also the men in your family. So as much as you’re sensitive to the eating habits of your daughters and sisters, you be watchful of your dad, brothers, and sons. It’s equally important to be aware that like in women, poor body image triggers anorexia in men. Some guys become obsessed with the “ideal” body that the media portrays (muscular, toned, or chiseled) to the point that they go on crash diets, have intense workout routines, and do drastic things to shed off the extra weight. You should be able to point out their unhealthy behavior. Take note that men who are involved in sports like swimming, running, and wrestling have a higher risk of developing an unrealistic body image.

As for treatments, know that your loved one might too ashamed to seek help. They might feel emasculated sharing their struggles and insecurities. Or they might be uneasy going into a treatment program that consists of mostly women. With that in mind, you can find a personalized treatment plan for your loved one so that they will feel safe.

Ultimately, anorexia doesn’t discriminate based on gender. Men are equally vulnerable to the disease. If you think that your loved one has an eating disorder, encourage them to see a doctor right away.