Ten percent of the US population—that is the number of Americans who will likely get diagnosed with non-alcoholic fatty liver disease (NAFLD). If that isn’t scary enough, as early as 2011, a study revealed that it could increase by as much as 50 percent by 2030 if obesity and diabetes rates don’t change.

To be clear, some fat in the liver is normal. It becomes a serious concern if the fat percentage reaches 10 percent of the organ. By then, the long-term health implications can become severe.

When left untreated or managed, NAFLD can result in chronic liver disease (CLD). It can then later progress to cirrhosis, which means the organ experiences significant scarring that gradually damages the healthy liver cells.

Depending on the severity or stage of cirrhosis, the individual becomes a prime candidate for a liver transplant. It also significantly increases the risk of liver cancer.

Because of the damaging lifelong effects of NAFLD, science continues to conduct trials in medical research clinics to understand the condition better, discover possible treatments, or even find a cure. These studies may also focus on one of the underrated issues concerning it: how it impacts women, particularly at different stages of their lives.

The Risks of Women Developing NAFLD

Many diseases can affect both men and women unequally, and NAFLD may be one of them. In a 2021 research in Clinical Gastroenterology and Hepatology, men are likely to develop the condition more frequently than women. However, females diagnosed with it may experience faster progression.

In the systematic review, the team referred to over 50 studies with an accumulative sample size of over 60,000. The analysis then suggested that women actually had at least a 15 percent lower risk of having NAFLD.

But once they already have the disease, the odds of it leading to liver inflammation and damage called non-alcoholic steatohepatitis (NASH) could already be similar to those of men. Worse, they could also be up to 37% at risk of being diagnosed with advanced fibrosis than males.

Further, the increased risk of progression was more pronounced among women 50 years old and above. In other words, these were subjects already in their menopausal stage. The question is why. 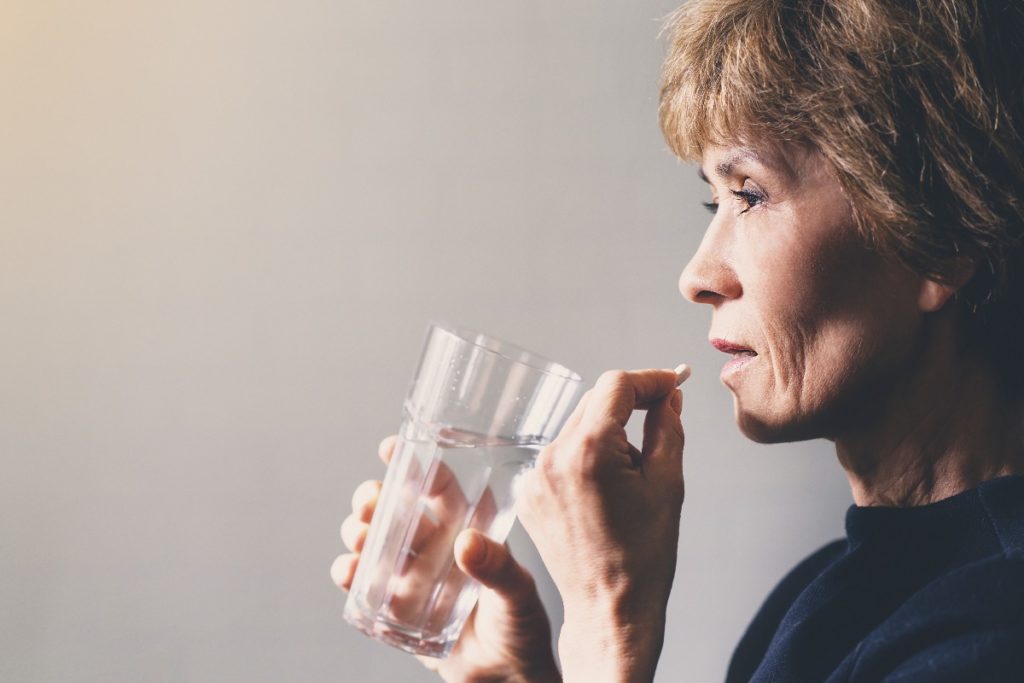 It Could Be All About Estrogen

The answer may be in a 2020 study by the Translational Genomics Research Institute. The review also found a similar result as the 2021 research mentioned above—that is, postmenopausal women are at a higher risk of being diagnosed with NALFD that can progress to fibrosis than premenopausal women.

The reason could be the levels of estrogen in the body. Estrogen is a reproductive female hormone (although males can also produce it in smaller quantities) that plays a huge role in maintaining women’s sexual characteristics and fertility. For example, it stimulates the ovaries to produce egg follicles for fertilization and implantation in the uterus.

However, it can also have a non-sexual-related function, and one of these concerns the liver. It maintains homeostasis in the organ, so it becomes less susceptible to inflammation and damage—two hallmark signs of NAFLD. Simply put, it protects the liver.

As a hormone, though, estrogen levels can fluctuate, sometimes wildly. For women in their menopausal age, their estrogen declines sharply, that they hardly produce it anymore. Considering the protective effects, the significantly lower levels may mean that they become more prone to NAFLD later.

Do these studies mean that young women with high estrogen levels are less likely to develop this fatty liver disease? The answer is no. In fact, NAFLD is strongly associated with polycystic ovarian syndrome (PCOS), a condition that affects up to 12 percent of women in their child-bearing years.

In a 2018 study in Reproductive Health, women with PCOS could increase their risk of NAFLD by 2.3 times compared to those who didn’t have it. This is even after the researchers accounted for geographical location and obesity.

However, they found a strong link between hyperandrogenism, which indicates abnormal levels of male sex hormones, PCOS, and NAFLD.

The more pronounced hyperandrogenism was, the more likely the woman could develop fatty liver disease. Higher estrogen levels are also closely tied to higher estrogen since the body converts androgens to the latter hormone.

NAFLD can be tricky to diagnose since, often, it doesn’t show symptoms at earlier stages. The only way to determine it is during a liver function test.

Thus, women with PCOS and menopausal females may consider undergoing regular organ exams each year. They may also participate in clinical trials to learn how to manage their condition more effectively and even help other women in the future.