Dogs are, without a doubt one of the purest, most adorable beings to ever be created on this planet. Millions of people have grown to love man’s best friend because they are just adorable little fluffs that deserve everything in the world! Apart from their out-of-the-world cuteness, however, dogs also seem to understand feelings and emotions which steal people’s hearts and are good beings to keep themselves company (some would even argue they make better company than actual people!)

Not to mention with enough puppy training, they might be able to pick up and learn some of the coolest tricks for kicks! Dogs are insanely adorable and awesome. And it is entirely acceptable if you understand the ‘puppy mania’ and got a dog for yourself. Here are some of the coolest, fun, and impressive tricks that you could teach your dog:

While your dog could shower you with relentless kisses and licks from time to time, you could teach them to do one on your command. This trick needs extreme patience throughout the process before you finally achieve the final kiss. There are some things needed as well for you to try and work out this trick, like a tape, a post-it note or anything sticky, some treats of course, and a clicker.

The ‘Bark On Command’ Trick

There are a lot of different types of dogs out there. There are dogs which constantly bark and are a little rowdier and louder, and there are also dogs which are a bit more timid and quiet and prefers to sleep or be carried around in your arms or a bag. The point is, the only thing in which people know that their dog is communicating to them is through barking. So to teach them to bark on command would not only be cool, but extremely useful as well. Although this trick could be a little more difficult and requires loads of patience compared to the other tricks, nothing is more worth it than achieving it. You need to be really diligent in waiting until your dog barks by himself, and as more practice comes, reward them for continually doing it. It would take lots of patience to actually achieve this, so do not get too disheartened when you do not get it immediately! 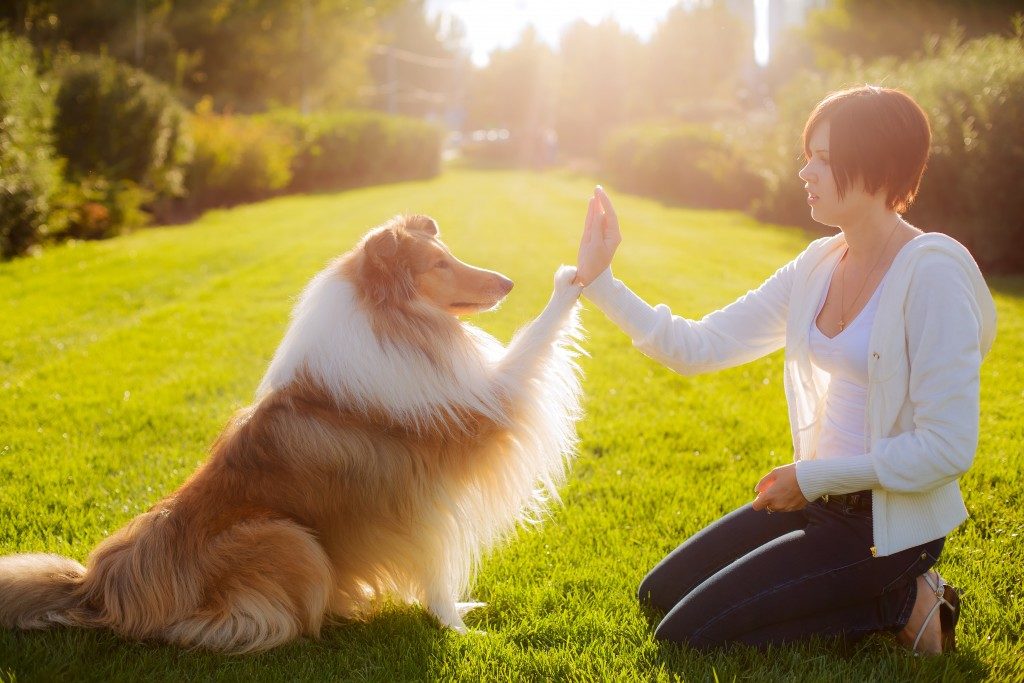 Probably one of the most well-known dog tricks out there, shake hands is also a really cute way to connect with your dog even more. Imagine feeling your dog’s cute little paw on command! The good news is that it is one of the easiest tricks to learn, since dogs would naturally ‘paw’ on you if they want something. Utilize this natural instinct but putting a fistful of treats on your enclosed palm which would make your dog paw at you since they cannot get it by themselves. Once the dogs started to paw, try saying the command ‘Shake’ and repeat it several times so that your dog would remember.

These are simple tricks for you to teach your puppies to spend quality time together, and at the same time relieve you of your own stress!