If you’re new to the UK, there’s a good chance that your knowledge about the Royal Family revolves around the palaces, controversies, and charities. In reality, they do have some peculiarities. One of these is that the Queen actually celebrates two birthdays, and you’re invited to one of them.

Why Does the Queen Have Two Birthdays?

The answer has something to do with the weather and tradition. Queen Elizabeth’s birthday falls on April 21, which is still springtime. While the weather is a lot better than during the winter, it still feels cold, and that can be a problem. Like any other celebration, it deserves a parade, and chilly weather might be bad for those who wish to watch it outside.

Thus, the reigning monarch has a second birthday—the “official one”—usually on the second Saturday of June. By this time, the weather is warm, and there’s a beautiful parade that goes along with it called Trooping the Colour. This isn’t her choice, however. Rather, it is a tradition that began during the reign of King George II, who was born on November, a cold month.

Now, you may feel bad you’re missing out on the Queen’s original birthday. You don’t have too. The UK doesn’t forget. It’s customary to give her gun salutes. These include the 21-gun salute in Hyde Park and the 62-gun salute in the Tower of London.

How You Can Celebrate 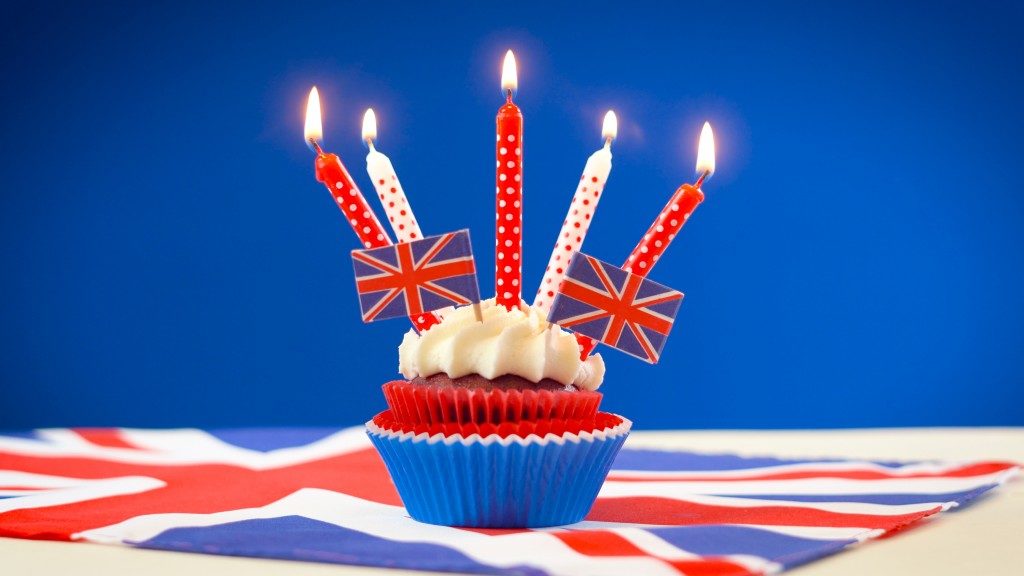 During the Queen’s original birthday, she prefers to celebrate it privately, which also means you will not be invited to the ball. The good news is that there’s another birthday, which is more open to the public. You can order champagne online and watch the Trooping the Colour parade on the streets or at the comfort of your home. BBC, the country’s public service broadcast channel, has a live telecast of the parade.

What happens during the parade, though? It’s a massive spectacle. Trooping the Colour is a parade that preceded the first official birthday of the monarch in June. The name comes from the color flags, which represented the different regiments of the British Army.

These flags served a purpose. These made it easier for the troops to know the location of the various units on the battlefield. For this reason, it’s essential that all soldiers become familiar with these flags that also bear the regiment’s symbol. This is where trooping comes in: officers will walk back and forth and up and down to let the soldiers see the flags.

Every year, there are specific color flags to a troop. Regardless, it’s always the Household Division, one of the oldest personal guards of the Royal Family, and the reigning monarch who head the parade.

It will begin in the Buckingham Palace, pass through the Mall, and then go back to the palace. Before, the Queen used to saddle a horse complete with her uniform and medals. Since 1987, she rides a carriage while greeting the spectators. It then ends on an air show courtesy of the Royal Air Force (RAF). During this time, the Royal Family appears on the balcony to watch it with the public.

As for you at home, the entire broadcast of the event usually lasts for almost two hours. You better get relaxed, perhaps call some friends over, and enjoy another unfolding of history.