One of the fastest-growing industries in this day and age is the makeup industry. More and more people have dabbled into makeup for both men and women as the world continues to evolve and break free from its toxic traditions and continue to be more accepting. The cosmetics industry has also become popular even to non-makeup enthusiasts. For instance, many of the biggest content creators on YouTube are beauty vloggers. Their audience stretches farther than makeup enthusiasts, and that some people watch their videos for entertainment too, aside from their usual beauty-related content. Thus, more people are considering becoming a makeup artist as a serious career choice and become successful now with the help of different platforms. But makeup hasn’t always been the tool of empowerment and comfort for women and men as it is now. The history of cosmetics has indeed come a long way.

First Use of Cosmetics

Before, cosmetics were used by different civilizations for several reasons apart from showcasing beauty. Some were used for religious rituals, to indicate class and royalty, and showcase good health. Ancient Egyptians were the first known users of cosmetics in 10,000 BCE—one of the most common materials that were used for both men and women were kohl, mixed with ash, almonds, and even added with harmful materials like lead and copper. Kohl has similarities with charcoal and is often used to put under the eyes to act as protection from evil spirits. The image would be similar to an athlete using grease paint to protect their eyes from the sun, or a rock icon with excessive use of today’s modern eyeliner. 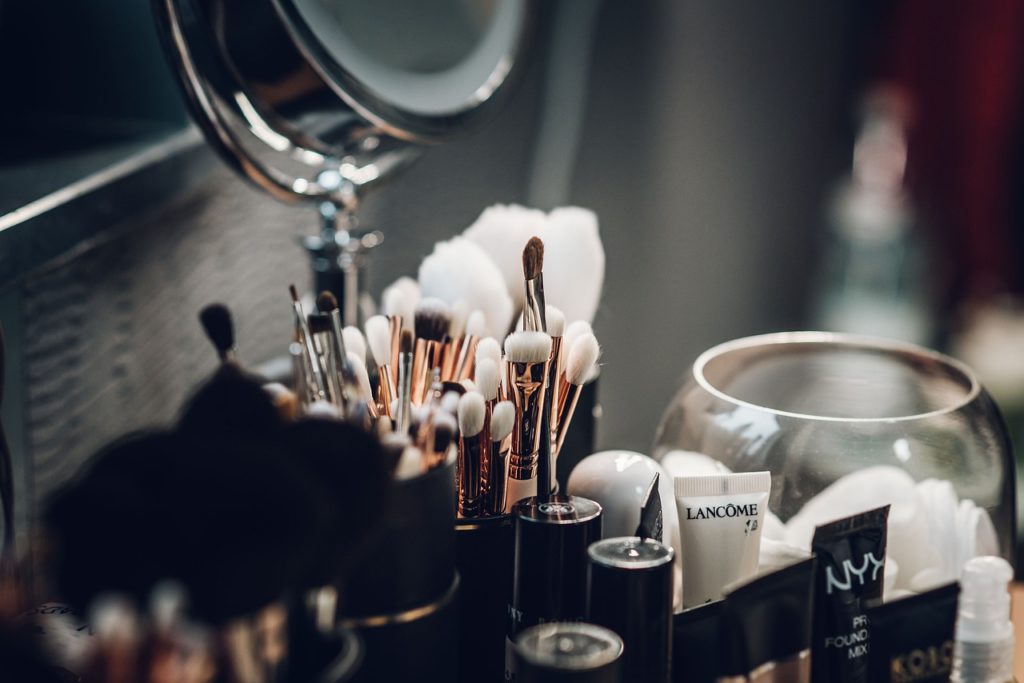 Women throughout history have constantly been putting their health at risk with putting cosmetics using products that were not known to be poisonous and harmful at the time. For instance, some historians believe that Queen Elizabeth’s death had something to do with the products that she used on her face—the look was dubbed as the ‘Spirits of Saturn’ or more popularly known as the ‘Venetian Ceruse’ which is composed of mostly lead-based makeup, the supposed paleness was meant to cover the Virgin Queen’s wrinkles. The struggle of automatically equating whiteness to beauty apparently has ancient roots, for some cultures back then used leeches on their faces to appear paler, and by outdated standard, ‘beautiful.’

Unfortunately, even years after discovering that too much lead causes harmful effects to the skin, it still hadn’t stopped the emergence of other poisonous products being added to makeup products. One product in the 1930s have caused blindness on 16 people and one death, and another contained rat poison.

Nowadays, makeup companies go through rigorous tests to ensure that their products are safe to use for the public. And now, as the world continues to be more open and diverse, so do the range and types of cosmetic products that are being offered. More choices are made available for different people, without feeling the need to adhere to a certain standard of beauty.